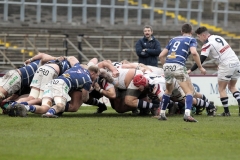 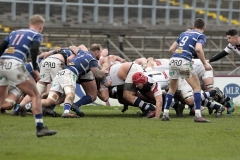 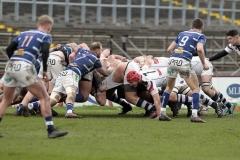 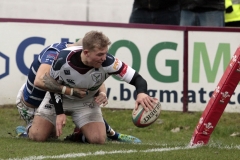 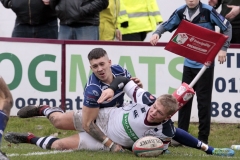 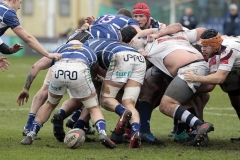 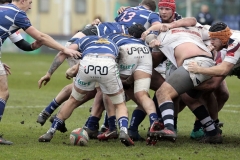 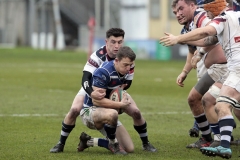 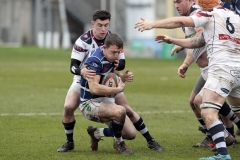 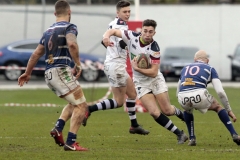 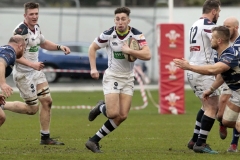 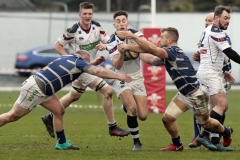 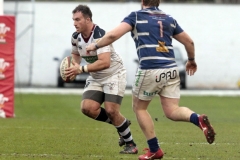 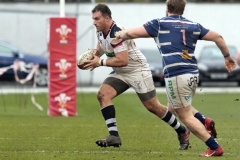 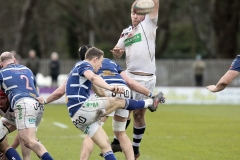 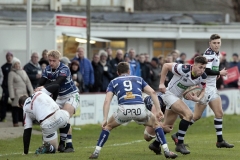 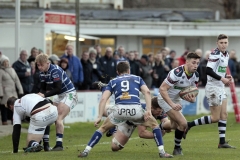 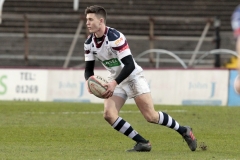 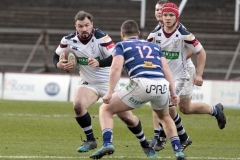 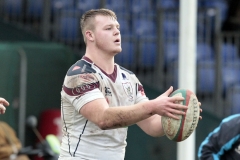 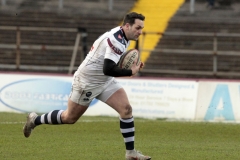 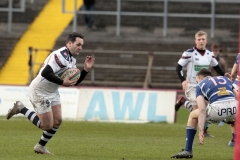 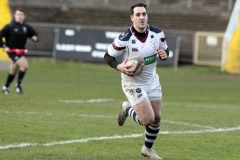 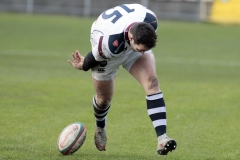 Swansea continued their rich vein of form with an emphatic victory over Bridgend at St Helen’s.

It was almost a perfect start for the All Whites when winger Tom Williams raced down the wing and chipped ahead for scrum half Matthew Aubrey to chase. Full back Cai Evans did well to defend on his own line though when he stayed strong in the tackle and Bridgend were able to survive the early scare.

The home side continued to use their backs with good effect and centre Joe Thomas attempted a grubber kick on the twenty-two, but the visitors were again able to defend.

A long pass out wide by scrum half Chris Williams found winger Aaron Grabham and he probed the Swansea defence, but after switching play to the other wing, Cai Evans threw a wild pass into touch. The referee’s attention was drawn to a fight that broke out off the ball between locks Matt Dodd and Shaun O’Rourke, with both men shown a red card.

Bridgend were handed the first opportunity to get points on the board after Swansea illegally wheeled a scrum. Cai Evans kicked his side into the lead.

A powerful scrum by the Swansea pack earned a penalty and fly half Josh Thomas chipped to the corner. Prop Rhodri Apsee conceded another penalty and this time the Whites opted for a close range scrum, but number eight Jon Fox dropped a simple pass.

Following a period of pressure, a superb break through the middle by winger Ben Cambriani set up a Whites attack and full back R Rhys Williams was on hand to slide over for a try. Josh Thomas converted.

The Whites’ defence crept offside in midfield and Cai Evans cut the deficit to a single point with a successful penalty goal before both captains were again warned after a couple of minor skirmishes broke out off the ball.

Josh Thomas found touch deep inside the Bridgend twenty-two after the home pack drove their counterparts off a scrum. Lock Jay Williams and prop Greg Cunniffe were stopped in their tracks on the line, before Cambriani was tackled into touch a metre short of the line.

On the stroke of half time fly half Jamie Murphy was tackled off the ball on half way as he chased down a grubber kick and Cai Evans kicked his side into the lead.

Straight from the restart Jay Williams and prop Tom Sloane linked up in the Bridgend twenty-two, but the Ravens were able to secure an important turnover.

Centre J Rhys Williams drove forward to set up a Whites attack and replacement centre Gareth Rees was brought down from an offside position. Josh Thomas chipped to the corner, but J Rhys Williams failed to take a crash ball near the line.

Swansea retook the lead in spectacular fashion as quick ball out to the backs saw R Rhys Williams race in at a devastating angle to score under the posts. Josh Thomas converted.

The home side were penalised for offside at the breakdown and Cai Evans slotted his long range effort through the posts.

A third home try soon followed when flanker Morgan Morris offloaded to replacement hooker Ifan Phillips, who made a half break, before Aubrey got quick ball out wide for Cambriani to score. Josh Thomas missed the conversion.

Murphy sprinted through a gap in the Swansea defence, but the promising move came to nothing when the fly half threw a forward pass out wide.

With five minutes remaining Josh Thomas turned down a kickable penalty and went in search for a bonus point by chipping to the corner. A second penalty soon followed and this time Thomas kicked the three pointer to seal victory.

Next up for Swansea is a trip to Neath, while Bridgend host Ebbw Vale.